History of Storyboarding
Storyboarding, as we know it today was developed at Walt Disney Studios in the 1930s – although many large silent films (1900s) were also storyboarded (sadly those storyboards have been lost or destroyed, none exist). The first complete storyboards created were for short film The Three Little Pigs in 1933. It was Disney himself who first recognized the need for storyboard artists, a new occupation distinct from animators, because he realized that audiences would not watch a film unless its story gave them a reason to care about the characters.

Gone With the Wind was one the first live action films to be completely storyboarded in 1939. Between the 1940s to the 1990s storyboarding became an essential part of the creative process.

What is a Storyboard?
A storyboard is a preproduction tool consisting of a series of images (usually drawings) depicting everything intended to happen, moment by moment in a piece of visual media.

It will be used as part of the creative process to clarify and simplify different shots, scenes, or sequences. A director partners with a storyboard artists to communicate the vision for a project. A director will work with the storyboard artist to make important decisions before expending a lot of resources – storyboarding has the power to save time, money, and effort.

Power of the Storyboard
The storyboard serves as the blueprint for a visual media piece. In a live action production a storyboard might be used to help create a final shot list, saving precious shooting time figuring it out. In animation a storyboard might be used by background artists to determine exactly how many backgrounds need to be made. Animators will use it as inspiration for the poses and acting ideas of a character. For commercials, storyboards are used to sell executives of the company on the idea.

The most powerful use of storyboards is in Reducing Uncertainty. Storyboard artists work with a director to make everyone else’s job easier. A good storyboard artist will take a director’s input and make confident decisions on how a piece looks and how the story is told visually.

At the start of the process, I meet in person or via video call with the client and start asking questions about the project. What is the goal of the project? Why are they using a storyboard artist for this project? What would be considered a failure in their eyes?  This is what I call a discovery session and it’s crucial to the success of the project. Once I understand the project and I’m confident that I will be able to use my skills to fulfill the goal, I ask the client for visual references (if they have any) and a shot list. The shot list is vital for it is the map, the recipe, the core of the project. I make sure to work with the director to nail this down before any thumbnails or other work is begun. 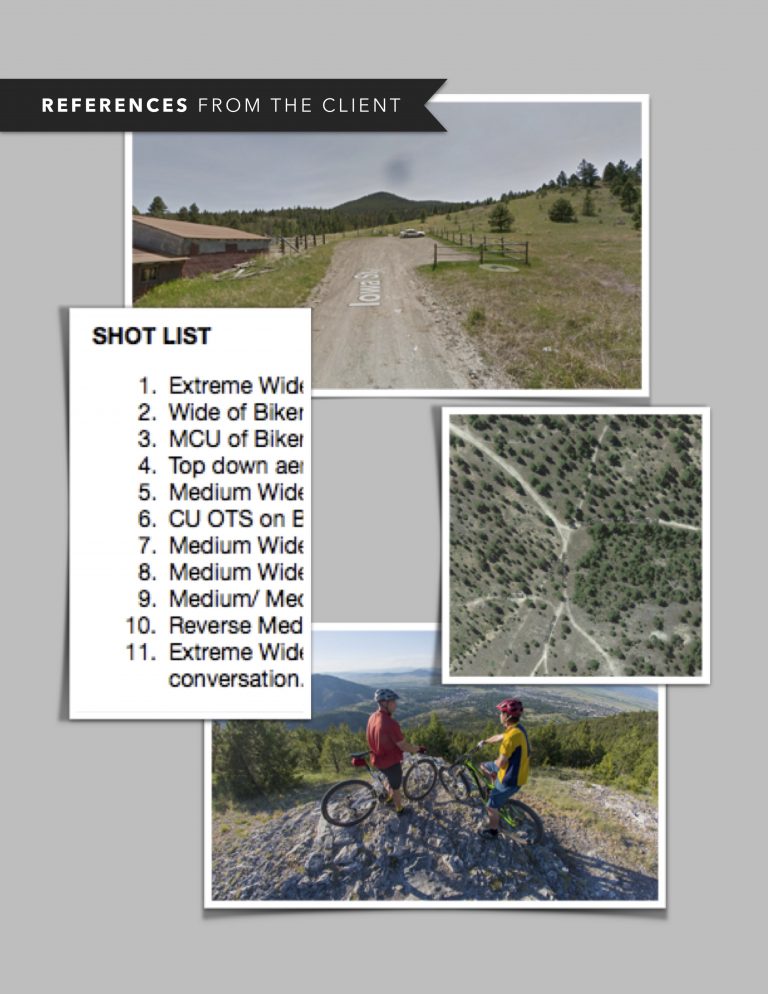 Next come the thumbnails. Although they may be rough & simple, these basic drawings are helpful in aligning the visuals to the Shot List. There is usually a quick back and forth to clarify the drawings and make sure the director’s vision is properly implemented. Once the thumbnails are approved work on the final storyboards can begin. 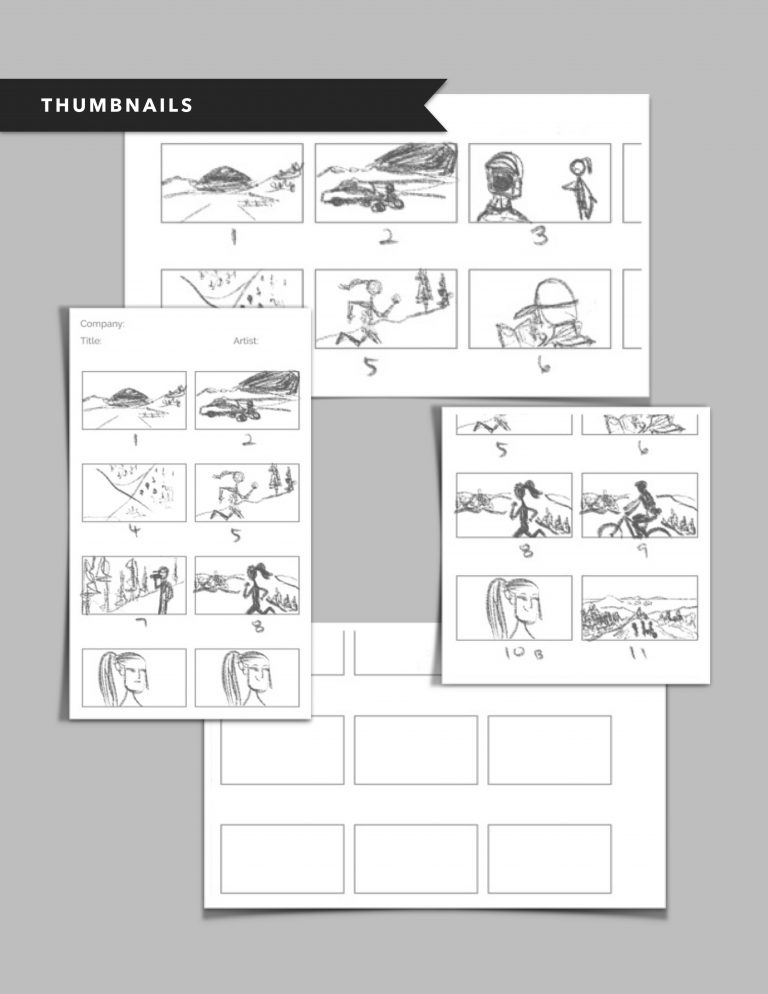 I like to research and collect references for my projects. Since it was a local project I was able to scout the location, interview some people on the trail, and take some reference photos. I also searched the internet and pulled inspiration for the feel of the final storyboard shots. 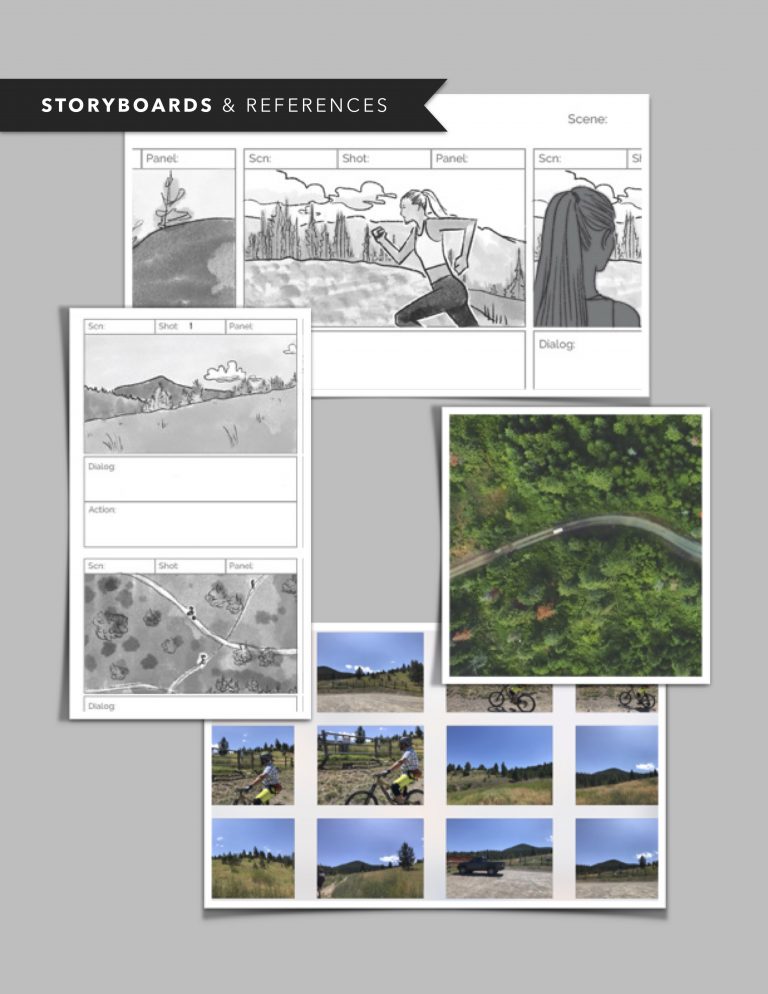 I submitted the final storyboards to the director and he used them to setup the shots and speed up the process on site. It allowed the shoot to go smoothly and to be able to create a detailed plan of how to get a specific shot. Here are the final storyboards side by side with the actual shots used in the project. 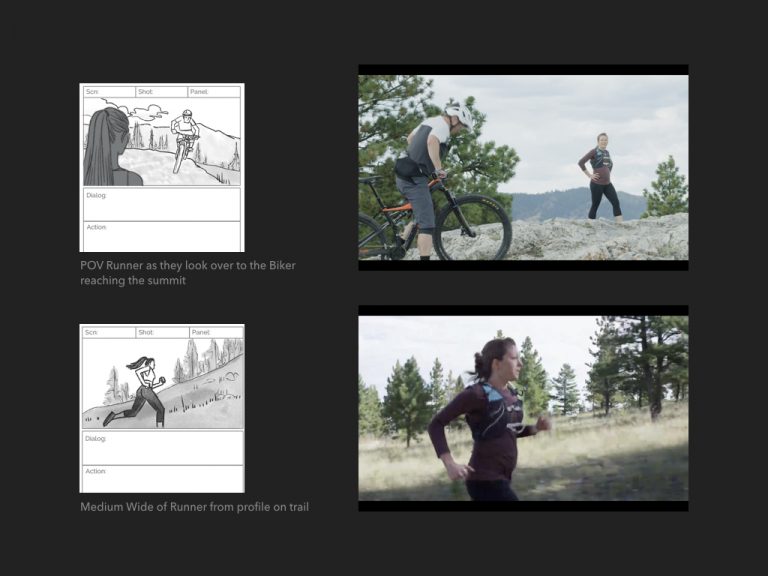 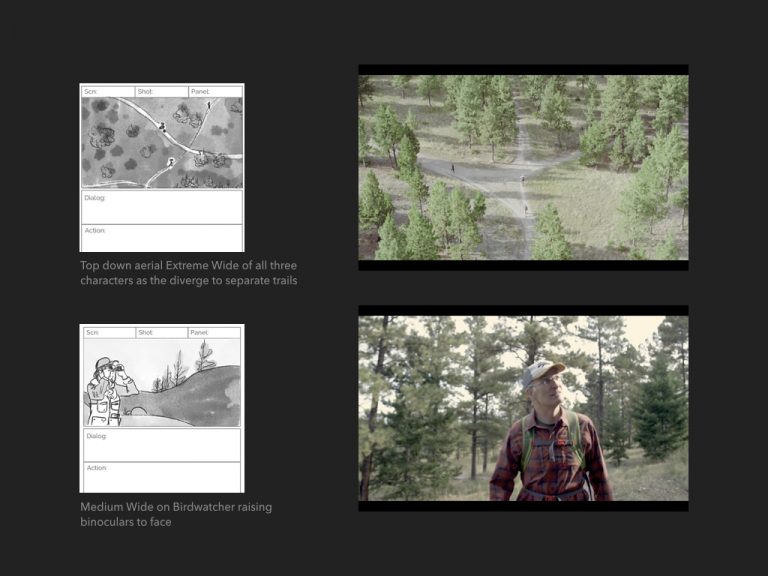 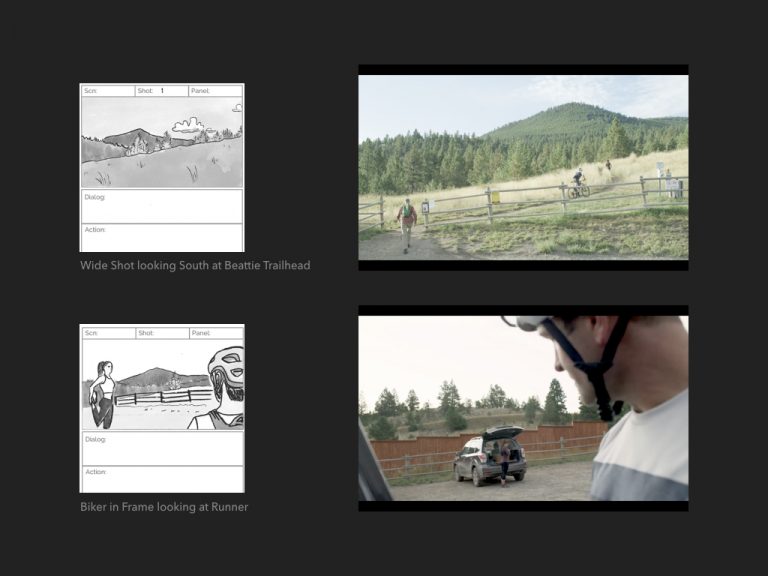 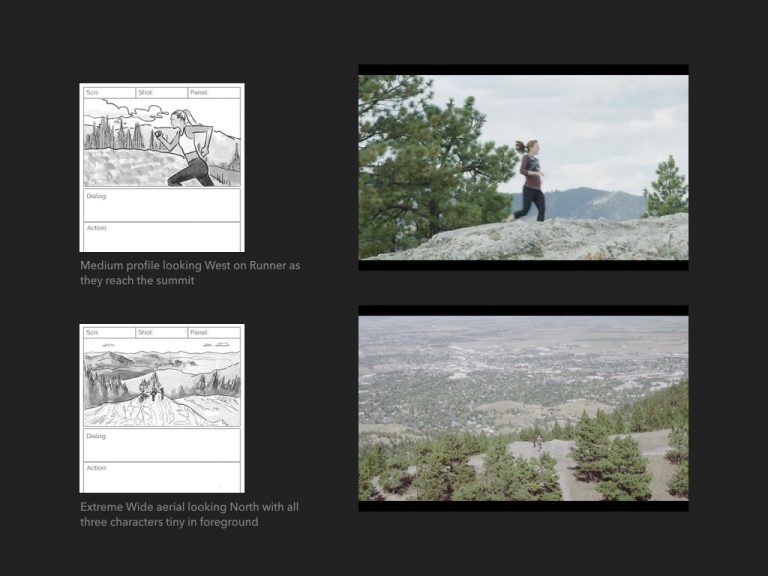 Are you working on a project that may require storyboards?